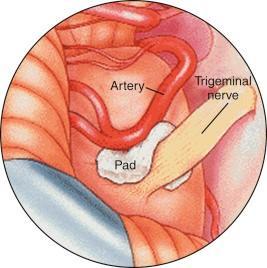 Most these patients are treated by medications. The patients whose symptoms cannot be controlled with medications and are healthy enough to undergo surgery, have the option of having the insulting artery moved off the nerve and held away (from the nerve) using a pad made of Teflon.

This surgery is called Micro Vascular Decompression (MVD). MVD is as effective as Gamma Knife radiation and percutaneous lesioning techniques in controlling the patient’s symptoms but it has a much higher long-term control of symptoms than its alternatives. The experts at INI help the patient decide on the correct procedure to address their symptoms by considering all of the specifics of the patient’s situation (their age/health, past surgeries, and severity of symptoms).